Chad Posick is an Assistant Professor of Criminal Justice and Criminology at Georgia Southern University. He received his doctorate in criminal justice and criminology from Northeastern University in 2012. While there, he worked on a project investigating the reporting of hate crime by victims which was funded by the National Institute of Justice, a nation-wide police-community interaction survey project also funded by the National Institute of Justice, and a local anti-gang initiative funded by the Commonwealth of Massachusetts. Prior to his experience at Northeastern University, he obtained a Master's degree in Public Policy and a Bachelors of Criminal Justice from the Rochester Institute of Technology where he was funded as a research assistant on Project Safe Neighborhoods. This project implemented the Ceasefire model in Rochester, New York. Currently, as a professor in the department of criminology and criminal justice at Georgia Southern University, he continues to work on similar projects in Savannah including the Bureau of Justice Assistance funded SMART Prosecution project. He teaches in the areas of victimology, criminal behavior, and statistics. He has published over 35 articles and was recently given the New Scholar Award by the division of Victimology of the Academy of Criminal Justice Sciences.

Child Abuse and Sexual Abuse, Domestic and Family Violence, Physical Assault (other than domestic violence or elder abuse), Sexual Abuse or Violence (other than campus sexual assault), Trafficking in Persons 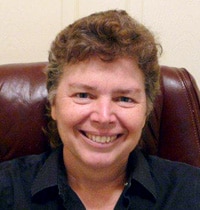