Lynn A. Addington is a professor in the Department of Justice, Law and Criminology at American University in Washington, D.C. She earned her Ph.D. in criminal justice from the University at Albany (SUNY) and her J.D. from the University of Pennsylvania Law School. Her research focuses on fatal and non-fatal violent victimization (with an emphasis on adolescents, emerging adults, and school environments) as well as policy responses for preventing violence and serving victims. Her work also considers the measurement of crime and utilization of national crime statistics as well as ways to better connect research with practice and policy. In 2016, she received AU's top award for faculty research. Dr. Addington has served as a Visiting Fellow with the Bureau of Justice Statistics and editor of Homicide Studies. She has worked with the Federal Bureau of Investigation, Bureau of the Census, and US Department of Education on their efforts to collect and disseminate crime data. Her recent publications have appeared in a range of outlets including the Journal of Quantitative Criminology, Justice Quarterly, and Trauma, Violence and Abuse. She is the co-editor (with James P. Lynch) of a volume of original research entitled Understanding Crime Statistics: Revisiting the Divergence of the NCVS and UCR (2007, Cambridge University Press). Prior to attending graduate school, Professor Addington practiced law for four years during which time she clerked for a federal district court judge and worked as a civil litigator. 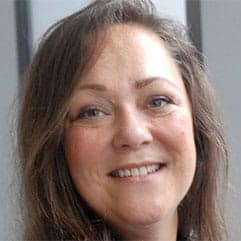