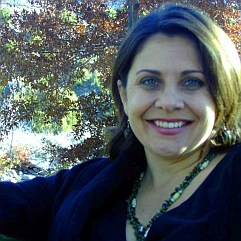 Maria Carolina González-Prats served in the Army from 1998-2004 and is an Operation Enduring Freedom/Iraqi Freedom (OEF/OIF) War veteran. She is currently a doctoral candidate in the Social Work and Social Research program at Portland State University (PSU), as well as a TL1 fellow at the Oregon Health Sciences University Clinical and Translational Research Institute. Ms. González-Prats is focusing her research on the role gender identity and inequalities play in the continued persistence of sexual harassment and sexual assault in the military (also known as military sexual trauma or MST). Her long-term goal is to impact public policy by improving the effectiveness of the military’s prevention and response efforts to MST. She has consulted on a broad range of projects, drawing from her experiences as a former enlisted soldier in the Army Reserves and an active-duty Army officer, as well as various leadership experiences in the public, corporate and non-profit sectors. Since completing her military service in 2004, Ms. Gonzalez-Prats has been an advocate for veterans and their families, supporting their efforts to identify and access programs and resources in their communities, highlighting the challenges veterans experience when transitioning from military to civilian life. Her advocacy has expanded to increasing awareness about military and student veteran issues within the university community, collaborating with students, faculty/staff and community stakeholders through her service on various panels and guest speaking engagements. Ms. González-Prats is especially passionate about raising awareness of the unique obstacles that women veterans face in accessing services and support due to their military contributions being minimized or overlooked entirely. This led to her recent participation in an Oregon Department of Veteran Affairs multi-generational awareness campaign with nineteen other women veterans entitled “I am not Invisible” (IANI), highlighting the contributions of women veterans. This exhibit has traveled throughout the country as a pop up show and will be displayed in the hallways of the US Capital at the end of October. IANI is currently serving as a model for other state VAs to recognize the contributions of women veterans (http://www.iani.oregondva.com). 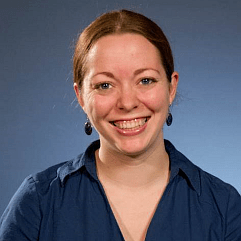