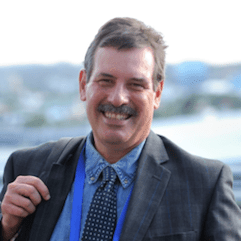 Walter S. DeKeseredy is Anna Deane Carlson Endowed Chair of Social Sciences, Director of the Research Center on Violence, and Professor of Sociology at West Virginia University. He has published 24 books, 93 scientific journal articles and 76 scholarly book chapters on violence against women and other social problems. In 2008, the Institute on Violence, Abuse and Trauma gave him the Linda Saltzman Memorial Intimate Partner Violence Researcher Award. He also jointly received the 2004 Distinguished Scholar Award from the American Society of Criminology's (ASC) Division on Women and Crime and the 2007 inaugural UOIT Research Excellence Award. In 1995, he received the Critical Criminologist of the Year Award from the ASC's Division on Critical Criminology (DCC) and in 2008 the DCC gave him the Lifetime Achievement Award. In 2014, he received the Critical Criminal Justice Scholar Award from the Academy of Criminal Justice Sciences' (ACJS) Section on Critical Criminal Justice and in 2015, he received the Career Achievement Award from the ASC's Division on Victimology. In 2017, he received the Impact Award from the ACJS's section on Victimology and the Robert Jerrin Book Award from the ASC's Division on Victimology. Dr. DeKeseredy conducted the Canadian National Survey on Woman Abuse in University/College Dating, the first study of separation/divorce assault in rural U.S. communities, and the 2016 WVU Campus Climate Survey. Dr. DeKeseredy also conducted the very first Canadian study of poverty and victimization in public housing communities. Currently, he is part of a team conducting the three-year West Virginia Crime Victimization Survey, which is funded by the Bureau of Justice Statistics.